Weekly Wish List 9/13 Gods, Comedians, and My Childhood in a Box

Quite a week this week....or is it? It has been confirmed though. Bence will be going to the 49th New York Film Festival. I am so unbelievably excited about this, and am so lucky Twincess got me some tickets to some amazing shows. I'll be sure to update you all as we get closer to the date, spoiler alert....Fassbender seems to be giving Gosling a run for his money for the "appearing in the most films that happen to be decent in one year" award. 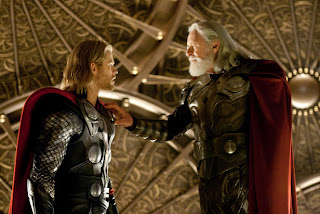 Thor - Kenneth Branagh
These summer movies are just going to keep on coming out in the next few months. Last week was X-men and now we have Thor. Branagh really did a wonderful job with the material here, I cannot praise Loki, Odin and Thor enough. Solid work all the way around, you can find my thoughts here. Or for another take on the material, you can read Manny's review here. 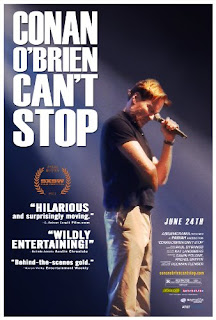 Conan O'Brien Must Stop - Rodman Flender
Conan is the king of late night. He is by far my generations Johnny Carson. Not Letterman, not Kimmel, definitely not Leno and absolutely not Lopez. Jon Stewart and Colbert are in another category as far as I'm concerned. This documentary follows Conan in the time that he was required to take off from television before he returned to still beat Leno on a basic cable network. In that time he did a touring comedy show and managed to record some songs...seriously. The last two three weeks of Conan's stint on The Tonight Show might be some of the best hours of television I've ever seen. Conan achieved television history and absolutely went out on top, culminating in a heartfelt speech in which he condemned cynicism and had a jam session with some friends. I will watch whatever this man does. 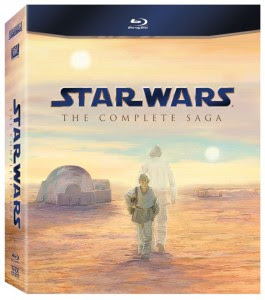 Star Wars The Complete Collection - George Lucas, Irvin Kershner, Richard Marquand
You know this should be the release of the year for me. I unabashadley love Star Wars. It is a huge part of my childhood that continues to excite me every time I watch it. I cannot wait for the day when I get to share these films with Riley. And now here we are with it coming to us in hi def. I was excited.

Then, George Lucas reminded us all that he really knows nothing about his fan base. I've never been one to talk shit about the guy even after the prequels. Which I still really enjoy, especially Episode 2 and 3. Episode 1 I want to love so bad, but I just can't. When the special editions first came out I was pretty young so I was excited to see "new" footage, the Greedo stuff bothered me but I wasn't going to abandon my love of Star Wars for that.

Now I hear he's adding blinking Ewoks? That's just pointless. And he has Darth Vader giving the horrible "Nooooo" that he gives when he finds out Padme is dead?! I just don't understand what's going on in his head. It's midichlorians(why haven't we heard of this before, after all Luke only learned to be a Jedi from two of the most powerful Jedi of all time), and villains with no motivation, and the fastest slaughter of the jedi possible and now blinking ewoks and Vader reduced to an 80s movie cliche? When is it going to stop?! 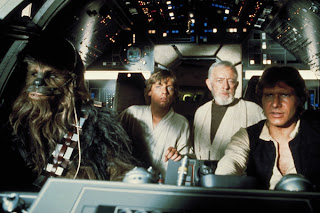 Look I love Star Wars. A Lot. I always will, whether George Lucas likes it or not. I'm still going to share this with my son, I will still buy this set. The problem is, I'm not rushing out to best buy on Friday to get it. I didn't preorder it like I originally was, I'll wait probably get it sometime next year. That fact makes very sad. 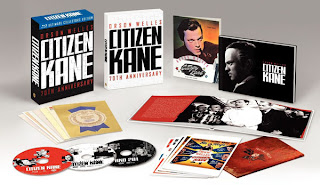 One last thought - OH yah this came out today on blu as well. I would say that as common as it is you really do need to see this if you're going to say you're a film buff.