Why is Everyone Trying to Kill Me?: The Tourist 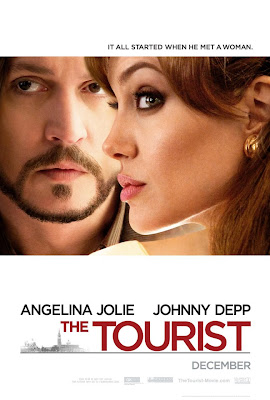 The Tourist
Prior to seeing this film, I made no attempt to look into critical reviews of this film so as not to sully my prior opinion of it. However, it was quickly apparent that my opinion of this film going into it was correct. The Tourist is a horrible film made worse by the fact that it has two "A" list actors and a director of a film that is nothing short of amazing... The Lives of Others (which won an Academy Award). This film is a colossal failure at all levels, direction, writing and acting. In spite of this, The Tourist was nominated for three Golden Globes, Best Musical or Comedy and nominations for Johnny Depp and Angelina Jolie. All three nominations were a travesty. 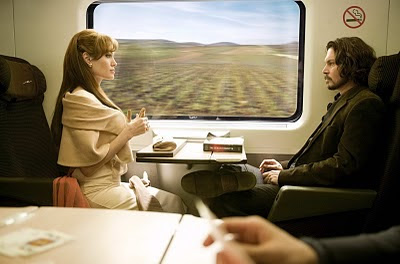 Alexander Pearce stole 2.3 billion dollars from Reginald Shaw (Steven Berkoff), who in turn was hunting in hopes of getting his money back. Also on the trail of Pearce is Scotland Yard inspector, John Acheson (Paul Bettany) who hopes to get catch Pearce for back taxes. Yes! Not for the theft of billions of dollars but because he did not pay taxes on said theft. Wow, can you say ridiculous! To think that Scotland Yard lets a known gangster traverse Europe and makes no attempt to capture him. Caught in the middle is Frank Tupelo (Johnny Depp), a heartbroken tourist who Elise (Angelina Jolie) (at the behest of Pearce) uses as a fall guy to throw off his pursuers.

Wow, can you say convoluted and inherently ridiculous. What can you blame for this systematic failure of a film? Could it have been Florian Henckel von Donnersmarck rewriting the script in fourteen days or having a shooting schedule that was under sixty days? In the end, nothing was redeemable from this film. It was for lack of a better word, a piece of crap. I think of better ways for spending one hundred million dollars (the film's budget) would be drop it from a byplane into the ocean or setting it on fire. 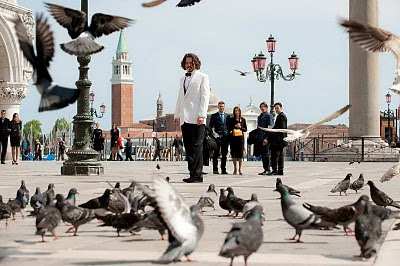 The worst part of this film was the "mystery" of who was Alexander Pearce. By mystery, it was quite obvious... Painfully obvious. I knew pretty early who he was, it literally does not take a genius to solve this underwhelming mystery. Save yourself, one hundred minutes and avoid this film at all costs. I would advise the studios involved to burn there copies and disavow its existence. Memory wipes for everyone! Whoo!

With that being said, I cannot give this film any Rooneys on our patented-pending Rooney Rating system.
Posted by Manfred "Manny" Funkowitz at 4:00 PM

Email ThisBlogThis!Share to TwitterShare to FacebookShare to Pinterest
Labels: Angelina Jolie, Florian Henckel von Donnersmarck, Johnny Depp, The Lives of Others, The Tourist