I know I'm running late on this. Really late. My alter ego has been pretty busy at work(the one that actually yields a paycheck), plus on this side I've been preoccupied with some other projects for the site. Still, no excuse, without further ado here are my dvd picks from the past two weeks. 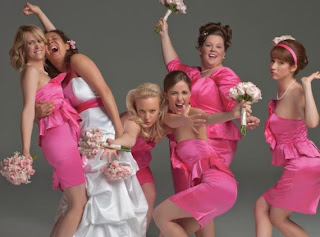 Bridesmaids - Paul Feig
The house of Apatow brings its first comedy with a female centric cast. Twincess and I watched this recently and I must say I had heard it was funny, but I was surprised at to how hilarious this movie is. Like any movie from the Apatow crowd, the film mixes plenty of raunchy gross out immature humor with a huge does of heart and sincerity. Kristen Wiig does a rather commendable job, with Melissa McCarthy really blowing everyone away. 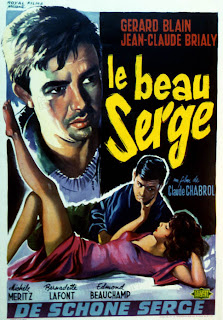 Le Beau Serge - Claude Chabrol
Chabrol's first film and one of the first films of the French New Wave. It seems almost criminal to not watch this with Les Cousins, which features the same actors in flipped roles. Here we have a successful young man returning to his village to find his best friend who is an alcoholic who detests his life. Chabrol really mastered the art of the sophisticated thriller, examining human relationships and exploring the dark side in everyone. Its really amazing to see how it all began. If you enjoy this one be sure to check out Le Boucher as well. 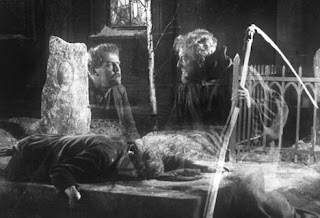 The Phantom Carriage - Victor Sjostrom
I've never heard of this, but Criterion deemed it important for a nice release. Apparently this film inspired Bergman in a lot of ways. This is the tale of the last person to die at midnight, who is then tasked with taking all the souls to the afterlife. He is to do this for a year without rest. This is one of those movies that sounds like it will turn out to be an amazing discovery. I can't wait to check this one out, if any of you out there have seen it let me know what you think. 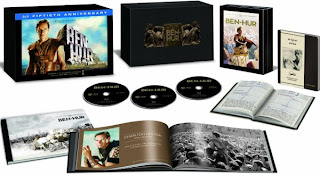 Ben-Hur - William Wyler
Simply put, no one makes epics anymore. Kubrick, Wyler, and Lean made masterpieces of cinema that managed to span extreme stretches of time while being completely engrossing the entire time. People try, but I don't think anyone has managed to capture that magic of film that an epic represents in this modern time. Here we have an insanely awesome collectors set full of features, but were really here to see that chariot race in HD right? 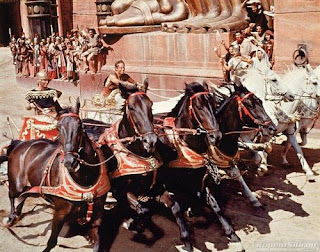 For me, this is what role I think of when I think of Heston. Really I shouldn't have to say anymore. This is Ben-Hur, a classic film that deserves to be watched by everyone. 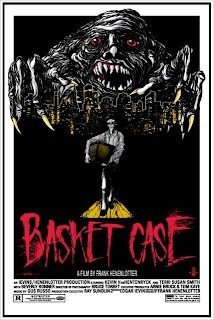 One Last Thought - October is going to be coverage of the New York Film Festival, and a strong Horror focus. Twincess and I getting closer and closer to Halloween watch one horror movie a night. Those of you in the mood for something disturbing should check this out.
Posted by Bence at 8:15 PM