First week of September. I can't believe we're here already, the Summer is over and Fall is about to get started. Contagion is out this week already and with any luck I will be first in line to see it. Also coming up should be some really exciting things for Fashionably Delicious and in October it looks like I will be fulfilling one of my college dreams, but I will wait on those until they happen just in case. Alright, here we go. 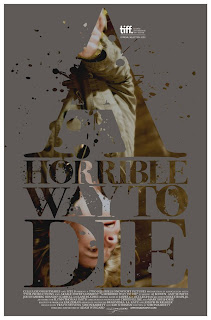 A Horrible Way to Die - Adam Wingard
You know me by now, I'm always on the lookout for new talent. When it comes to genre flicks this is especially important, horror and sci fi easily are filled to the brim with junk barely worthy of a DTV release. So when I heard about this film I was intrigued, but like most new talent I approach it with some dreaded anticipation. This is a dark and dreary film about an escaped convict after his ex, leaving a trail of murders in his wake. A relatively simple plot that seems to be elevated by a director who knows how to set a foreboding tone, and use style to his advantage. Or at least that's what the trailers would have you believe, style over substance is more often than not the case with up and coming directors. The other big plus to the film is AJ Bowen, he plays the serial killer at large, and for those of you have seen The Signal know AJ can bring some sociopathic badassness. Excited to see how this plays out. 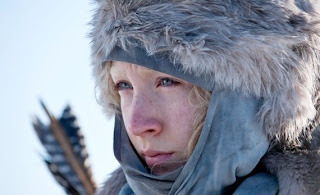 Katniss?
Hanna - Joe Wright
Joe Wright doing an assassin film with some Bourne Identity style operatives chasing after the main character? Yah apparently the world is about to end and next we will see Jim Sheridan do a 50 Cent biopic....wait....whatever. Either way I am beyond curious to see what he does with this material. Saoirse Ronan plays the title character who was raised by Eric Bana to be the best assassin in the world. Cate Blanchett plays the shady government(maybe?) official chasing after her. Atonement had some scenes of war, but this sounds like there would be a significant amount of action or at the very least some kinetic chase sequences. Directors stepping out of their comfort zone can yield some great results, such as David Gordon Green abandoning his nu american slice of life films in favor of action comedies. 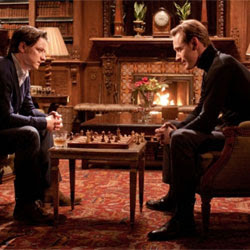 X-men: First Class - Matthew Vaughn
Best superhero film of the Summer is coming out this Friday. You can see my full thoughts on this film here, but this is a great return to form to one of my favorite comic properties(the others being Green Lantern, Batman, and Spider-man) After the last two films disappointed greatly Vaughn shows us exactly why he should've directed part three. To add to that having Singer back on as producer is refreshing. I love this film, it isn't flawless and it isn't better than X2, but it's a damn fine film. 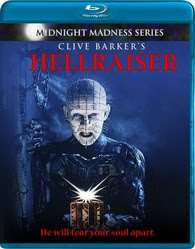 One last thought - I'm pretty late to the whole Hellraiser series, but this is a balls to the wall gory ass film, and as far as modern iconic monsters go Pinhead belongs there with Jason and Freddy. The problem I have is that when you see releases with something like "the midnight madness series" I get worried that these are second rate releases with poor transfers. I say approach with caution.
Posted by Bence at 7:04 PM