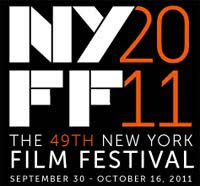 I am less than a week out from going to my very first film festival. I hope it is the first of many, next year I plan on getting to Fantastic Fest(which is going on right now) as well as coming back to NYFF. SXSW looks like it will have to wait another year due to some scheduling conflicts. To say I am excited is a gross understatement. This has been something I have wanted to do since my love of film started back in high school, and to be so close to experiencing two weeks of intense cinematic injection its always on my mind. Twincess is the one who made this happen, and I am ever so grateful to her supporting my passion. Film is such an important part of my life that this milestone means so much to me and to be able to share my first experience with her makes it that much more valuable of an experience. Now I wish all of you could come and enjoy the various cinematic gems(well I suppose quality will be determined after viewing) so I am offering up my alternative list to my schedule at the New York Film Festival, along with some brief thoughts on the film. Enjoy and if you manage to check these films out then leave a comment below and let me know. 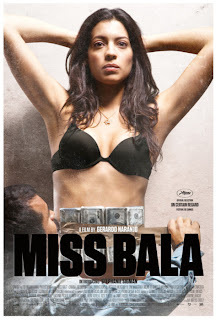 This is the first film I will be seeing and the one that Twincess will come and see with me. Naranjo is poised to be the next big thing coming out of Mexico. Mexico has some amazing talent, having given us Cuaron and Inarritu in the past decade. This film has already been chosen as the official entry from Mexico for the Best Foreign Film Oscar. 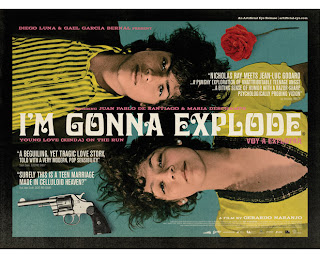 Naranjo doesn't have a long list of films. I suggest you check out I'm Gonna Explode, which is his previous film. You see the seeds of greatness being planted in that film, and to hear that Miss Bala is the film where he comes into his own makes me so excited. I'm Gonna Explode will give you a tease of this new talent and then hopefully you all will have a chance to check out Miss Bala soon. 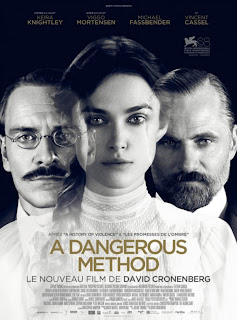 Third collaboration with Viggo and part 1 of Fassbender's double header at the NYFF. This film chronicles the relation between Freud and Jung and the manner in which their two styles began creating a distance between them and the patient in the middle of it all. 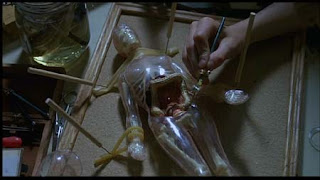 I love Cronenberg, and if you haven't experienced this master of adult drama and sci fi then you owe it to yourself to begin a journey into the weird and absurdly sensual. Any of his films would be great, but as an alternative to this tale of two scientists beginning as colleagues and ending up adversaries I suggest Dead Ringers. Arguably his best movie, this is a tale of twin surgeons played to perfection by Jeremy Irons. Their descent into madness as their experimentation in human anatomy goes way too far, a true masterpiece of the thriller genre and everything De Palma wishes he could do. 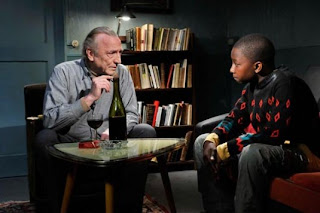 This is a story of a defeated older man and a boy refugee that gives spark to this man's twilight. Featuring New Wave legend Jean Pierre Leaud?...I am extremely excited to see this.

Kaurismaki has a great set out under the "eclipse" label from criterion. He is known for his deadpan, subtle comedies that probe everyday life in France. He has been compared to Renoir, and while that praise is a bit extreme, the witty and tragically comic view on France is surely inspired by the master of Poetic Realism. I've only seen one other film by Kaurismaki, but anything from this set would be a great alternative.

The end of the world as only a true nihilist like Trier could make. This is Trier bringing the suffering of humanity and placing a family's struggles against the backdrop of impending doom. Supposedly a career defining performance for Dunst. I'm always open minded, but I can't picture Dunst being anything but "ok."

Trier has a controversial library to choose, I can't think of a single film of his that doesn't split people down the middle. In a way I think that's pretty impressive. He manages to make films the generate strong emotional responses either positive or negative. Just look at Manny's views on Anti-Christ. Stylistically, this film seems to contain the same stark and crisp cinematography that he used in Anti Christ, but for my alternative I suggest The Idiots. This was made during his foray into Dogme 95, and tells the story of a group of people who live together in the country and attempt to find clarity and happiness through pretending to have severe mental retardation. If the premise doesn't give it away the film shows this makeshift family as it struggles to stay together given their ridiculous lifestyle. 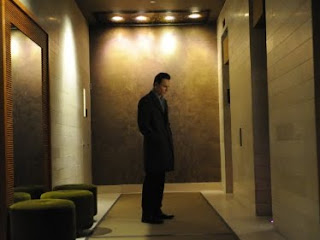 Fassbender part 2, and the second collaboration with McQueen. Fassbender plays a sex addict in New York whose life is turned upside down when his estranged sister comes to live with him. Early Oscar talk for Fassbender has this movie shooting up in hype the past few weeks. McQueen is carving out a great career so far and has found a perfect partner with Fassbender. 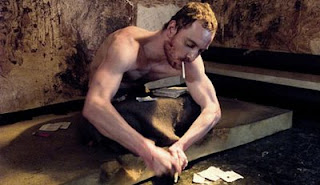 What other alternative could there be but the pairs last collaboration Hunger. Fassbender plays an IRA prison inmate who goes on a hunger strike in order to raise awareness about poor conditions. That plot description does nothing to explain the raw brutality that is Hunger. McQueen has crafted a challenging experience for the viewer, not because of gore or shock, but because of how real the pain seen on screen is and how horrible these situations are. This is a prison film unlike any I've ever seen, it is not about gangs inside or living in fear of being attacked by other inmates. These are men living in their own filth and fighting back the only way they can. Fassbender gives a fearless performance going through hell for a cause. McQueen's centerpiece to the film is a simple two shot in which Fassbender speaks to a priest before the strike begins. It is a ballsy far from entertaining piece in which two actors get to shine. Great alternative and the beginning of a great( I hope) relationship between director and actor. 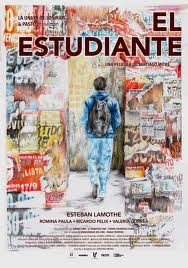 A political thriller set in the university system in Argentina as a student gets involved with campus activists and radical teacher. Mitre is primarily a screenwriter and this is first foray into feature directing. As such I don't have a strong recommendation for this one. As an alternative I say take a look at Nine Queens. This is an Argentinian thriller that tells the tale of two conmen trying to pull off a con featuring a stolen set of rare stamps. Throughout the film we are taking through the culture of Argentina as we see the way crime weaves its way into society. 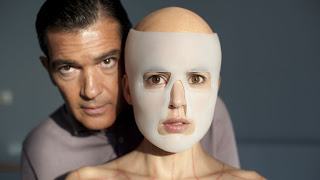 The Skin I Live In - Pedro Almodovar

The first collaboration between Almodovar and Banderas in over a decade. This time they dance around horror and scifi as Banderas is a surgeon who is pioneering new techniques in skin grafting, hiding the fact that he's secretly been testing his theories on a young lady he's kept as a prisoner in his mansion. I'm sure the whole thing will have a sharp wit and some strong sexual overtones. Almodovar is the master at comedy and emotional drama with healthy dose of sex thrown in. 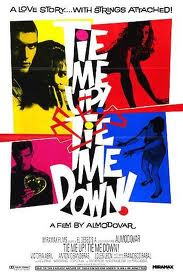 While Talk to Her is by far my favorite of his films, I am going to suggest you take a look at Tie Me Up Tie Me Down, which is his last work with Banderas. Banderas plays a mental patient recently escaped, who kidnaps a porn star trying to be a serious actress only to hold her hostage and attempt to make her love him. This is a twisted hilarious take on the romantic comedy as Almodovar plays up the humor and absurdity of modern love with great enthusiasm. Not his best work, but Almodovar is always better than normal Hollywood fare. 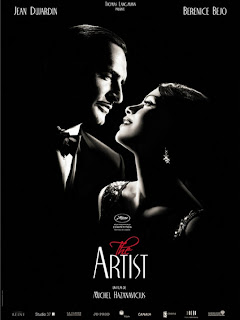 Teaming up again with Jean Dujardin, this time making an homage the silent movie era. Dujardin is a star of the silent movie, fearing his fire will fade as the talkies take over. His accidental meeting of a young dancer, causes her career to take off as his fame diminishes more and more. The film has garnered raves at every festival its been at and Dujardin is said to be a contender in the best actor race.

Hazanivicius is best known for his OSS 117 movies, in which Dujardin plays a bumbling secret agent. Much like The Artist, these films pay homage to a classic genre, this time the super spy genre. Part James Bond, part Danger Diabolik, the OSS movies are smart and fun. Hazanivicius obviously loves cinema and you can say how well he is versed on the spy genre, so I can only imagine the type of passion he brings to silent film with The Artist. Watching the OSS films you can see just how charming Dujardin can be, he puts so much energy into each scene giving a very phsyical performance and constantly wearing a huge smile across his face. The OSS movies are great entertainment especially if you like the spy genre, they are silly and harmless and a great introduction to the type of tone Hazanivicius works with. The Artist seems to have taken that care free and energetic tone, and tones down the farce a bit to create a true silent film that works as its own, as well as an homage to the classics. 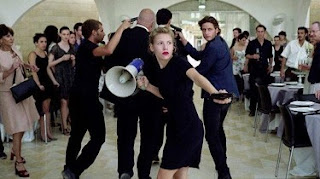 First time feature about a group of elite police men and young anarchists. The film is being honored for showing both sides of the story and making a strong statement about the ever growing gap in social class. I'm going to be honest here, this is the one in which I have no idea what to expect. With no trailer to give me a sense of the film all I have is the description. With that I would suggest you check out Elite Squad by Jose Padhilla. 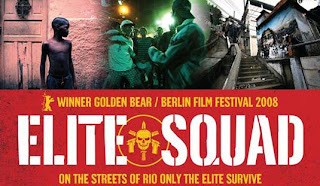 Padhilla is the guy who is going to be bringing us Robocop(word is he wants Fassbender to step into the shoes of Burroughs), he also has recently released the third part to his Elite Squad series. These films tell the store of (gasp) an Elite Squad of police in Rio de Janeiro, as two new idealist recruits join up and quickly find out that corruption runs deep in this dangerous city. Different part of the world, but both seem to deal with police and questioning who's really in the wrong? or if there is even anyone right?

That's it for my suggestions to create your own New York Film Festival. Hope you have fun going through these films, and you can be sure I will be updating you as I begin my first film festival experience. I can't wait to report back to you with my thoughts on these films.

One last thought - try as I might, I couldn't get into Carnage, or The Descendants...I'm still excited.