Feel the wrath of Fox Television, or Why is there nothing good on Network TV? 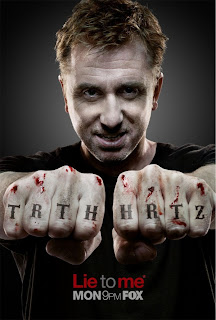 Hello fair readers Bence here taking a break from my Movie Night and Nerdlert duties to bring you some news on the bloodbath that has occurred over at Fox Television regarding their fall lineup.

Networks are about to announce their fall schedules in a few days now, but Fox seems have prematurely jumped the gun with an announcement they recently made. For those not in the know TV shows are usually considered "locks for renewal" or "on the bubble" then you have shows like Lone Star which get cancelled after two episodes. Fox in a shocking turn of events has decided to kill off all shows on the bubble. That means Lie to Me, Breaking In, The Chicago Code, Traffic Light and Human Target are no more.

In recent years the field of network television has become a minefield where one false step can mean one's impending doom. A decade ago if you ordered a show it was allowed to have some legs so that an audience could find it, but now unless you are storming out of the gate you have a very good chance of living a short life. Like anything else it all has become slave to the consumer culture with which we live in. So if your show is not being viewed, the advertisers won't want to be on your network, no advertisers means no cashflow and the cycle of death continues. The problem here is twofold. One you have a completely reactionary state of mind in which the moment you see little to no viewership networks decide to pull shows immediately. Some of these are great decisions, The Cape should never have made it to series, but then you have a show like Firefly which has a huge fan base now and was never able to fully evolve as it surely would have on television. By doing this you never let shows show you what they are capable of. If Arrested Development was a new show starting in the fall, it would immediately get cancelled. At the time though opening to low ratings, it still managed to receive a few chances and ultimately was pulled off the schedule, but not before it won some awards and was able to go down as a modern classic in sitcom history. 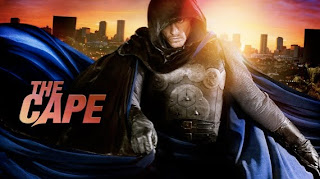 Why would you try and replicate the 4th season of Heroes and not the first?
The second problem lies in the Nielsen Ratings system. Much like our desire to not move over to the metric system(whats wrong with BASE 10 people!) the American TV networks can't seem to get away from the Nielsen Ratings. In a world where the way we receive media continues to change everyday why are we placing such a focus on how many people watch "live tv." In 2010 seventy percent of people timeshifted their shows with DVRs, which Nielsen still picks up but only if they watch it within a certain timeframe. I gotta say now that my DVR holds over four hundred hours of TV I have at least twenty hours of backlogged shows, it doesn't mean I won't watch them just that I'll watch them when I have the time. In addition to DVR forty-five percent of people who watch TV say they receive part of their TV pleasure from the internet, either through HULU or iTunes or whatever other format they desire. ABC and NBC offer full episodes of their shows online now, yet still make decisions based off of these Nielsen Ratings. Suffice it to say those Nielsen boxes are never going to give you accurate numbers, until we can fully articulate the scope in which your show has reached the public then we can't fully make decisions based on popularity. As a direct result quality shows fall through the cracks time and time again.

So are these five shows victim to an antique ratings system? is Fox Television making a kneejerk reaction in the hopes they don't become the next NBC? or is their schedule just so FULL to begin with that there was never room for anything and they just needed to trim the fat? Who knows. It could be anyone of those or a mixture of everything. One thing is for sure, one can never predict what's going to happen in Television these days. Take Breaking In, the heist comedy starring Christian Slater, for example. This show is actually getting good ratings. Not great, but good. In fact it is doing better consistently than NBC's Community, which is constantly being given second chances(rightfully so THANK GOD) Yet this show was axed along with the others? This example seems to be a case of the Christian Slater curse. His last three shows never finished out a full season. For my money I wish he would just go back to the drawing board and make Kuffs part 2 already. 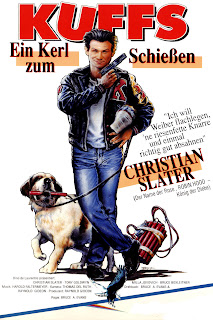 I'm thinking we need a copy of this for the offices of PORTEmaus.
Looking forward to Fall 2011 Fox is poised to bring in Terra Nova the(hopefully) blockbuster dinosaur action series from Senor Spielbergo, Alcatraz a time traveling story reuniting Abrams and Jorge Garcia, The New Girl starring one of the Deschanels, and Finder a spinoff from steady contender Bones. Are any of these going to be better than The Chicago Code, a midseason contended from Shield mastermind Shawn Ryan and MY personal vote for best new NETWORK series? Maybe. Maybe this decision from Fox is just an attempt to completely forget the dreadful batch of freshmen that 2010 gave us, and now they can start again with better success. Whatever happens, I'll still have basic cable tearing it up with The Walking Dead, Mad Men, Archer, Its Always Sunny, and well pretty much all the best shows on television right now. 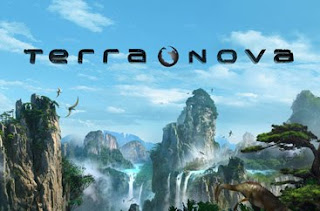 A hit? it better be for how expensive this one is.
BENCE

One last thought - Shawn Ryan cannot catch a break, Terriers gets cancelled, then The Chicago Code AND Lie to Me which Shawn Ryan served as showrunner for....He needs to go back to basic cable and give us a show following Vic Mackey as a mercenary for hire.
Posted by Bence at 9:11 AM