All of the superb Writing, Acting and Cinematography... None of the Drivel That Makes Most Thrillers Awful (Save for the Bourne Films) 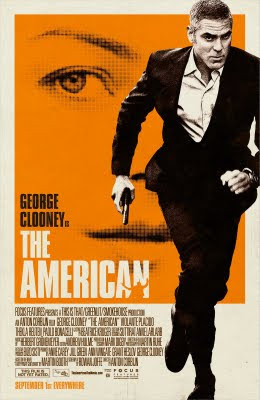 What would you get if you removed the high speed car chases, youthful protagonist and explosions from a Bourne film? Basically, you would get The American. For some, that would be a turn-off but I liked this film. Perhaps, it was the European style of film making, cast or the brilliant choice of Italian shooting locations. Maybe, it is because George Clooney is a dream boat... Seriously, it was a little of both. Really, it was the first few reason (No it is not).

It is not too much a stretch why the American did not catch on with the American cinema going public. While it did make three times its tiny budget of twenty million dollars, it did not make the kind of money associated with its genre. True, it was an independent feature, had only one American actor (I am trying to see how many time I can say American in this review) and was nuanced in its pacing.

Critics said it was frightfully dull and thus boring/ not good but I disagree. Making a film fast paced or cramming it full of explosions does not make a good film. Sometimes, it is nice to get something completely different. I am biased though, I enjoy foreign films and the American reminded a lot of the films I screened in an Italian cinema course. I qualify that I understand that this has a lot to do with locale (which was a character in its own right) and that Anton Corbijn is Dutch.

As far as the plot goes... Kind of standard. Aging assassin/ gunsmith decides to undertake "one last job," is hunted by his employer and ultimately falls in love with a prostitute (how romantic!). Yet, it is an intelligent film that does not unfold at a breakneck pace but rather makes the viewer take it all in (plot, acting and location) slowly. It kind of is mislabeled as a thriller though. Ultimately, I would suggest picking it up from the local Blockbuster (but the do not exist anymore)... Anyway, give it a looksie.
Posted by Manfred "Manny" Funkowitz at 4:21 PM