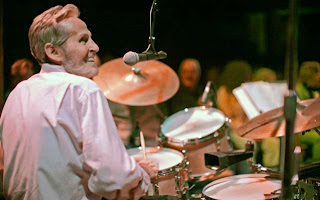 Beautiful Melodies telling you Terrible Things: New Tune Tuesday 5.17.11
Well it's that time again, time to head out to your favorite record store and buy some fresh ear-bud. Here, I'll cover my release of the week and a few other notable titles that drop...
Release of the Week 5.17.11: Levon Helm, ‘Ramble at the Ryman’ 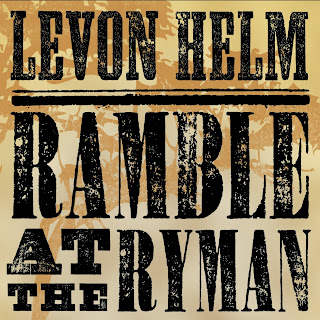 Now some say the devil had taken his soul

Some say his spirit survived

High above that railroad bed

On a ridge where the pines grow tall

History Class: How the Arkansas born Levon Helm would ultimately make possibly the best Americana music of all time with a group of guys from Canada, is anyone’s guess. It was in 1965 a newly-electrified Bob Dylan saw a group called Levon & the Hawks perform in a bar in Canada and decided they had the chops to be his backing band. Across 1965-66, a world tour ensued that split Dylan’s audience down the middle and got it’s share of cheers and boo’s. Helm would ultimately leave the faction during this time, tired of Dylan’s endless road schedule and the criticism they received from supposed "fans." Later in 1967, Helm rejoined his old mates in Woodstock, NY. He found that not only were Dylan and his former bandmates were creating maybe the weirdest and greatest Americana music of all-time (the legendary yet mostly unreleased 'Basement Tapes'), but his band were now writing songs…good songs. “Playing with Dylan had opened the boys up to the possibilities of songwriting” he said of what he found. Ultimately Levon & the Hawks would become known as “The Band,” and release some of the most cherished American music of all-time, most notably ‘Music from Big Pink’ and ‘The Band.’ After disbanding, mostly due to Robbie Robertson, shortly after “The Last Waltz,” Helm would off-and-on release some solo albums over the next couple of decades and the Band would ultimately get back together sans-Robertson in the 80’s, and survive the suicide of Richard Manual in the 1980’s. Helm himself survived throat cancer to return and put out what has become some of his most beloved music with ‘Dirt Farmer’ and ‘Electric Dirt.’ He’s also been putting out some of the best live concert performances in recent memory in what is little more than a barn in Woodstock called ‘The Midnight Ramble.’ A mixture of Band classics, older classics with both Helm’s band and a creative mix of VERY special guests, the Ramble has become infamous. Helm has taken the show on the road occasionally, and that’s where we find this release, Helm his band (and yes, a few special guests) at the legendary Ryman Auditorium in Tennessee.

The Album: Originally recorded live in 2008 and turned into an Emmy-Award winning PBS special, I can’t say enough positives about this release. It’s a solid recording that has that right mix from the soundboard for clarity and open air recording so it doesn’t seem dead, and has that “live” feel and just enough audience noise. You get a number of favorites from the Band-era: “The Weight,” “The Shape I’m in,” “Rag Mama Rag,” “Ophelia” among a couple others. We also get some more than solid live efforts from Helm’s last two studio efforts and other tunes, among the highlights are his slow but driving bluesy take on “A Train Robbery,” “Baby Scratch my Back” Chuck Berry’s “Back to Memphis” and the depression-era ORIGINAL Carter family tune “No Depression in Heaven.” You get both Helm’s excellent band (which includes Larry Campbell) which provides you with a little bit of everything: electric and acoustic guitar, fiddle, mandolin, paino, organ, accordion, saxophone, harmonica, trumpet and more. You also guest appearances by: Sheryl Crow, John Hiatt, Sam Bush, Buddy Miller, Billy Bob Thornton (yes, THAT Bill Bob Thornton) and Dylan’s current drummer from his band, George Receli adding some extra percussion. While Helm isn’t on vocals the entire record, you have to give the guy credit for still having the voice he does since coming back from throat cancer.

Other Notable Releases this week (5/17): 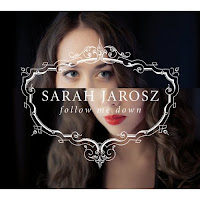 Once the fresh out of high school “long lost daughter of Gillian Welch” (as Rolling Stone put it) the Austin born and bred Jarosv, still not even 20 (for a few more days anyway) follows up with anything but a sophomore slump. If you’re a fan of acoustic music and/or female singers, this could be for you. Fans of the afore-mentioned Band/Levon Helm should enjoy the sound and style of her music, check out the opening track “Run Away,” her Edgar Allen Poe inspired take on “Annabelle Lee” and her acoustic, slightly bluegrass tinged cover of the Dylan ‘Oh Mercy!’ track “Ring them Bells.” 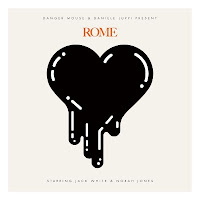 Danger Mouse & Daniele Luppi – ‘Rome’Inspired by the (mostly Ennio Morricone's, this reporter’s own favorite composer of all-time) soundtracks of spaghetti western films, here’s a record that’s become almost infamous in that it’s been in the making process for over five years, when Danger Mouse’s Brian Burton met Italian composer Daniele Luppi. The album features a number of instrumental tracks and two VERY different lead singers for a little less than half the album. One lead singer is none other than Jack White, the other is coffeehouse queen Norah Jones. White fans should find something in “Two Against One” and Jones fans will probably enjoy all three tracks she lends voals too, however my personal favorite was “Problem Queen.” Interestingly enough, both of these equally unique artists have also contributed tracks to Bob Dylan’s “Hank Williams Project” that may or may not see release this year. 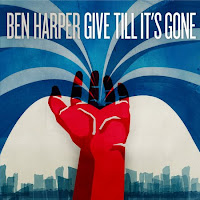 Ben Harper – ‘Give Till it’s Gone’

Harper fans may find this to be a bit of a different direction than his previous work, definitely different than his supergroup work with A Fistful of Mercy last year. Seemingly inspired by some marital woes (everybody has their own ‘Blood on the Tracks’ at some point I suppose) you’ll find a mix of blues inspired rock (“Rock n’ Roll is Free,” “Get There from Here,” “Waiting on a Sign”), Hendrix inspired rockers (“Dirty Little Lover”) and of course, love (aka heartbreak) ballads (“Feel Love,” “Pray that our Love Sees the Dawn.”) Harper seems content on not giving up easily, the driving but not over-bearing opener “Don’t Give up on me Now” and the following number, the slow and methodical “I Will not be Broken” speak that clearly. 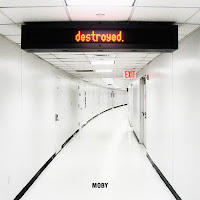 I was recently asked my opinion of electronic music by PORTEmaus’ own Bence. Well, here’s a title chosen just for you, bud. Moby has long been known to battle with insomnia (join the club, pal) and here he drives those feelings into song more-so than ever before, and on top of that the feelings and experiences that come from the lonely, desolate part of touring (it’s not all parties, friends, but empty hotel rooms, places you don’t know anyone in, fans who pretend they know you, hangers-on who obviously don’t. The point is lonesome, city night is the best way to describe where these songs come from, and what they try to convey.

In Other Media: Without taking the spotlight from Bence's excellent weekly report on Blu Ray & DVD, I can say I'm looking forward to the DVD release of the Levon Ramble at the Ryman Show (obviously) when I can finally track it down, and will be on the look-out for Criterions blu release of Diabolique (once again, see Bence's report on it and other goodies) and Fox's DigiBook blu-ray releases of The Hustler and The Comancheros - for as I've said before and Manny has quoted me on, Western's are celluloid awesome.