Bence here with another look at the weeks dvd/blu ray releases. I'm pretty happy I was able to get this out to you before Tuesday, hopefully I can continue that trend. Without further ado here are the three films that caught my eye. 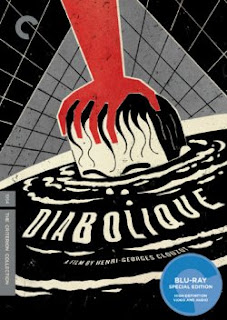 I was first introduced to Clouzot in school when we watched his film Le Corbeau, perhaps the best and most common example of Vichy Cinema. Clouzot was a master of suspense much like Chabrol would be in a few years time. For those who haven't seen this film, this film defines the thriller genre. This is a story of murder, missing bodies, and the events that follow. Clouzot ratchets the tension to eleven and shows us just how suspenseful films can be. This is one of those films much like M from Fritz Lang where they just represent the best their genre has to offer. You can't discuss serial killer films without referencing M, you can't talk about science fiction and not mention Blade Runner or Alien, you can't talk about thrillers and not mention Diabolique. Really looking forward to seeing what Criterion has in store for us with this release. 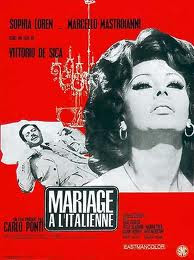 De Sica, along with Visconti and Rossellini, was part of the neorealist movement in Italy. He is best known for The Bicycle Thief(although Criterion released it as Bicycle Thieves) which is another amazing look at the working class in Italy post WW II. My knowledge of De Sica is limited to The Bicycle Thief and Umberto D, so I'm excited to finally revisit this director. This film tells a complex story of love in Italy where a man has a lifelong affair with a prostitute only to have her tell him that one of her three sons is his buts he won't tell him which one. She then uses this information as leverage. That in itself sounds like it is going to be amazing, but to add to that the two stars are Marcello Mastroianni and Sophia Loren. Mastroianni is one of the great Italian actors and one of Fellini's most oft used actors. He is perfect for this role of a less than honest businessman with various lovers. Sophia Loren, yah she looks like an old italian leather handbag nowadays, but back in the day she was up there with Bridgette Bardot and Anna Karina, oh yah and she's an amazing actress when she wanted to be. 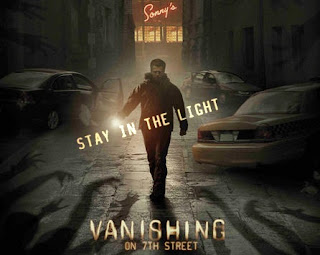 It is completely unfair to put this film up here against these two. Even without having seen De Sica's film I can tell you that it is in a completely different category than this small "horror?" film. But that's ok, that's what this column is for. These are films that piqued my curiosity some of them are going to be classics that I've seen and love, some are going to be obscure gems that are finally getting released, and some like this film here are going to be films that I'm willing to check out for the director alone. Brad Anderson has become know for his work in suspenseful psychological thrillers. The Machinist, Session 9, and Transibberian are all successful thrillers that have a pretty strong psychological angle to them with the former two veering into severely damaged mental problems. He also made Happy Accidents, which is an amazing love story told through the weirdest time travel filter I've ever seen. Either way the guy is interesting and knows how to tell amazing stories with seemingly little resources. All of his films have an intimacy that draws us into the characters as we follow them on their emotional journey. This film sounds like it deals with that same idea. Here we have a story of the end of the world...maybe. Most everyone has disappeared and there are few survivors left in Detroit, as daylight begins to fade they realize they must escape the darkness. So truth be told this film seems to split people down the middle, with half the people calling it boring and pointless and the other half praising its simplicity. I think that synopsis sounds awesome, something as abstract as the darkness coming to destroy humanity sounds like he could do a lot with that story. Knowing his films I'm sure he manages to take such a grandiose idea and boil it down to a level that is easy to relate to as we see the effect this situation has on a small group of people. I personally can't wait to see what he does next.

So those are my three recommendations for this week. I definitely will be hitting up Netflix/Best Buy/Amazon(sorry Hawk) as soon as possible to check these out. If you do the same let me know what you think. The first is sure to blow you away, the second...well De Sica isn't for everyone but having patience and paying attention he tells amazingly layered stories that represent his people, the third....I say it's up in the air, but I'm dying to see what Anderson has done this time around. 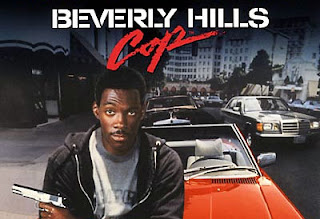