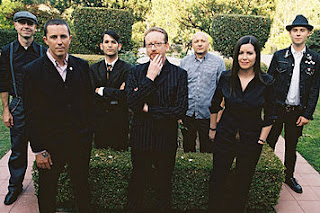 Well it’s been a while, Portemaus. Hopefully you enjoyed your holiday weekend. I was busy at the Phoenix Comicon, no not having anything to do with music, but showcasing some of my short films and enjoying all the perks that come with a “Professional Guest” pass. Which mainly means not having to stand in any lines. In a convention center filled with all things pop culture and cosplay girls all around, it was a good time was had by all indeed. It was my second year showcasing films at the convention, and I hope to be back in ’12.

While it’s disappointing to come back and find your writing for a place shilling it’s stuff on twitter, it is nice to come back after having to deal with last week and hearing over and over again of people shelling out money for a terrible album, to find this week is filled with a nice variety of solid music released. Nothing masterful, but a boatload of solid 3.5 star releases abound… 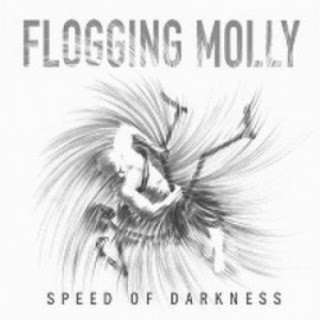 
History Class: You can’t classify Flogging Molly as anything less than a bar band rags to riches story. Dublin born singer/songwriter Dave King would leave his homeland of Ireland (his “exiling” from Ireland and separation from home a theme he continually goes back to lyrically) found himself a lead-singer for a heavy metal band, Fastway, for a number of years before forming Katmandu who didn’t last nearly as long. Later in the 90’s, after turning down a gig to sing for the Jeff Beck group, Flogging Molly was formed and found itself doing an eclectic mix of punk rock and traditional irish/country/bluegrass/folk music which became a perfect, however unlikely, mixture for King’s rather poetic lyrical gifts. Starting out as a literal bar band playing more often than not Molly Malone’s (hence the name of the band) they ultimately put out a live album in 1997 entitled ‘Alive Behind the Green Door’ and found themselves releasing records on SideOneDummy by the time the new millennium was underway. Their first three records were all extremely well crafted, most notably 2002’s ‘Drunken Lullabies’ and 2004’s ‘Within a Mile of Home.’ However, the interesting dynamic is the difference between these studio recordings and their raucous, truly one of a kind live shows, which are rather highlighted in the double-CD set ‘Live at the Greek Theatre,’ which was released last year. In 2008, after an EP, a divorce for King (who then later married band member Bridget Regan) and a band documentary (the solid ‘Whiskey on a Sunday’) followed up their first three studio albums the band released ‘Float,’ which didn’t float my boat. I wouldn’t call it bad, but I didn’t think it was up to par with their other work. Some claimed I was being selfish thinking they shouldn’t grow up or grow as a group and leave behind their crazy drinking songs. However, on those first records, it was the deeper material I was attracted to over those drinking songs. No, it was the fact on ‘Float’ I thought the lyrics came across more forced rather than felt, and musically the album seemed to be, while amidst the band being tighter, rehash of stuff I had heard before. Still, ‘Float’ is worth a listen, even if I’d recommend their first three LPs over it. Heck, I’d recommend a live show of theirs over any of them…

The Album: Despite the opening number, “Speed of Darkness,” sounding more than a little like ‘Swagger’s’ “Devil’s Dance Floor,” it’s a solid way to open the album both musically (it’s not necessarily a bad thing to be influenced by yourself, though it can get repetitive) and lyrically (“my cup will be empty because you’ll never steal my youth”) doing what a Molly record should do, get you pumped. Most of the song were written in the post-apocalyptic land of Detroit, Michigan, and it shoes: the album continues ‘Float’s’ themes of being more serious and political writing wise, it’s more polished on that front, tackling economic woes pretty heavily. I won’t lie, the album has a couple stinkers, I think they get them out earlier on the album, which sets up for a more solid last 2/3 of the record. One thing they showcase in their growth as a group, and getting older in general, is the slower songs. Molly has done slow, even ballad type numbers before (“The Son Never Shines on Closed Doors,” “Whistles the Wind”) they always seemed a little afraid to just let them be, often infusing a slow beginning to an all out rock song (“What’s Left of the Flag”) or try to pump up the melody too much. Here they let them fall where they may, songs like “So Sail On,” “This Present stage of Grace” and “The Heart at Sea” showcase they have grown up some and aren’t afraid of seeming a little “soft” at times, which is okay. Also, Bridget Regan takes lead vocals on “A Prayer for me in Silence,” which is both nice to hear on record and something she’s done for years at live shows when they perform “Factory Girls,” which featured Lucinda Williams on the actual records female vocals. At the end of the day, or should I say at the end of the album, I feel this is a better release than ‘Float,’ however I’ll be honest, their first three records are still better, but it’s good to see their growth come this far. Musically, they really showcase more variety than they have in sometime.

Other Notable Releases this week (5/31): 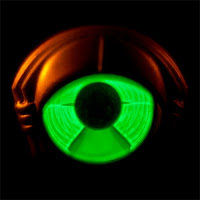 It’s been a pretty good couple weeks for Jim James of My Morning Jacket, a couple weeks ago Rolling Stone named his version of “Goin’ to Acapulco” one of the top 10 Dylan covers of all-time, and now his band releases their new album. An album that almost couldn’t, no matter what it has, be worse than their 2008 release ‘Evil Urges.’ That’s right, while I like MMJ, I was highly critical of that release, and I think for good reason. Here they’re once again trying some new sounds, and it works better. From the (‘White Album’) Beatles-esque opening track “Victory Dance” it’s obvious that their ready to draw you in, James “speaking to you/ from all of heaven’s possibility.” James voice is a highly unique voice should be used more as an instrument, and it is here. Just listen to “Wonderful (the Way I feel)” or “Movin’ Away” for examples. I’m not super high on the album, but if you’re a fan, you should enjoy it and it’s Brit Pop rock influences, it’s use of reverb and steel guitar are also notable. 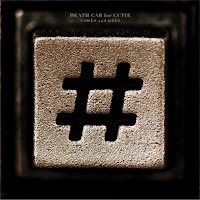 While I don't dislike Death Can, I've never found them the indie-darlings some do, or at least did circa 2005/6. The problem with genres like emo and indie pop rock is so much of it all sounds the same, when you have My Bloody Valentines mixer (Alan Moulder) handling your mixes, it’ll be your problem too. However, one thing is clear on this album, it’s not the dark, almost whiney album 2008’s ‘Narrow Stairs’ was. I guess that’s what getting to sleep with Zooey “I’ve had my career handed to me” Deschanel will get you.

Available on: CD, Vinyl, MP3. Note: iTunes deluxe release comes with two bonus tracks (demo versions of “Portable television” and “Some Boys”) as well as a music video for “You are a Tourist.” 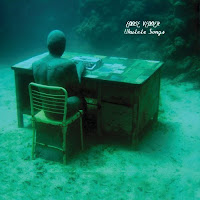 This could have been the WTF? Album of the year, but because he already did the soundtrack to ‘Into the Wild’ (which I won’t get into why it’s a bad movie or the idiots who idolize it’s antagonizing protagonist) it doesn’t seem to much of a stretch for Vedder. In fact most of these songs were actually written close to a decade ago and just never released. Also of note is Glen Hansard and Cat Power each add lead vocals to a track. I’m not sure why “Longing to Belong” is the lead single off of the LP, I would have gone for maybe “Sleeping by Myself” or “Light Today.” My real question: What happened to Vedder after 1994? 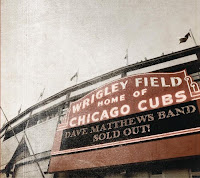 Are you one of those fans that jumped on a bandwagon that filled up so quickly in the mid-90’s it led not only to it being un-cool to like Dave Matthews, but to a cult like status to his actual fans? Well, this release, of hits, rarities and favorites old and new, is for you.
Available on: CD, MP3 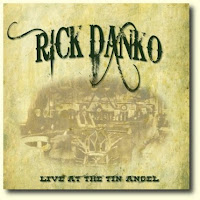 A third former member of the Band has a release this year. Of course, unlike Roberson and Helm, Danko passed away in 1999, and this two-disc import set details, in wonderful DAT recordings, some live shows at the Tin Angel just a month before he passed. Features classic Band material, heavy on songs Danko was lead vocal on or even wrote (“It Makes no Difference”) as well as Dylan material (including the song Danko came up with the melody for, “This Wheels on Fire”) and classic blues songs, with a talkative Danko in between numbers.

If you’re a fan of one of the greatest guitarists whoever lived, you know this album. However, unless you have a pristine vinyl copy, you’re never going to hear it as good as you can on SACD, even if you have the remastered CD set with bonus tracks. Problem? You need an SACD player to have one, or at least know someone with one. Yet, that’s audiophile folks that are even rarer than the vinyl folks.

In other Media: One of my all-time favorite films, as well as in my top-3 all-time westerns (celluloid awesome) of all time, Sergio Leone’s “Once Upon a Time in the West” comes to blu ray this week. This isn’t just some everyday catalogue release either, with both a 5.1 lossless and original mono audio tracks, even more impressive is it’s video presentation, one of the finest representations of how good the era (early 1970’s) of film can look on blu. Plus, Claudia Cardinale in high definition? I’m so there….